So today is my birthday AND Batman The Dark Knight Rises is released in the cinemas. So I'm heading to Belfast to the Odyssey VIP suite to watch it in style.

Being a bit of a geek I had to do nails to honour the release of this movie and it's been a while since I've attempted anything new.

As usual I know these aren't perfect but I like 'em!

Will any of you be going to see the movie? 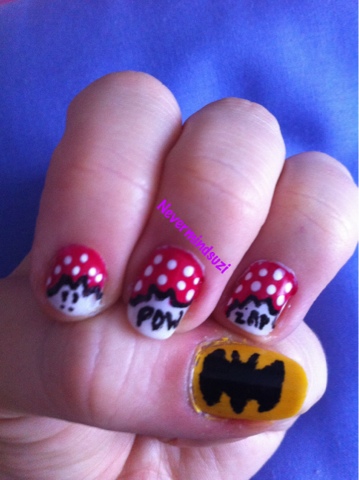 p.s. I'm not missing a finger I've just had a bad break on my pinkie and it's not painted (and yes my pinter is broke too) 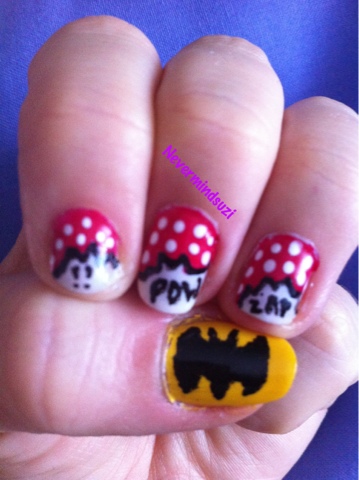 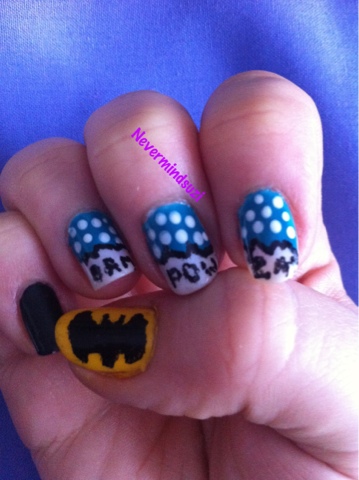 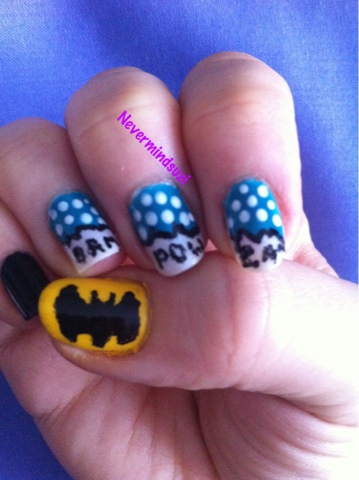