So I heard through the blogger grapevine that there were pretties to be had.

For those of you familiar with the Nails Inc they released a new type of polish this year called Sprinkles. 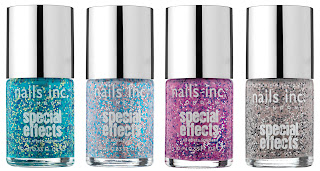 These were no sooner released that W7 followed with their own (much cheaper) version. 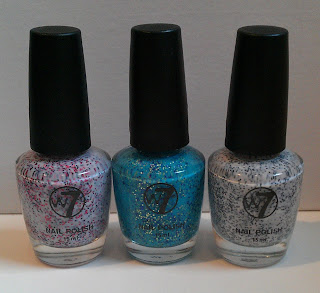 And now Accessorize have followed suit. 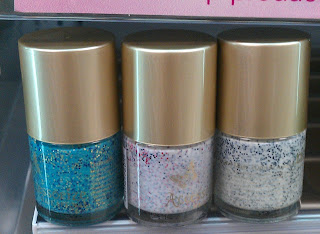 The above pictures were kindly donate by the lovely Lyndsay over at Pie's, Eyes & Other Sparkly Stories... please do pop over and say hello to her.

The only thing is Accessorize have went 1 further and released new colours.  HUZZAH! 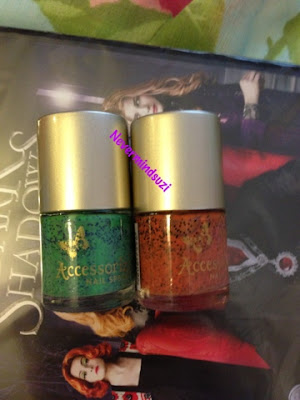 Dragonfly & Bumblebee (which should be yellow imo)

So excuse the lack of clean up I was just trying these out. 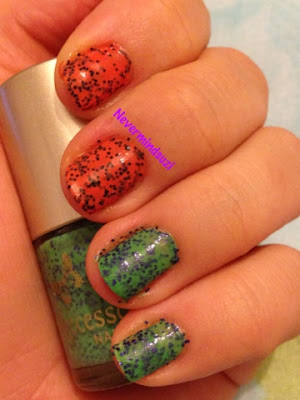 Dragonfly was opaque in 3 coats and had a nice application. 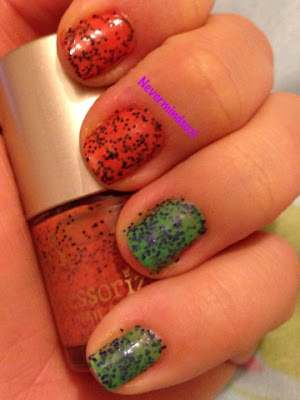 Bumble Bee was opaque in 2 coats and again no problems with application. 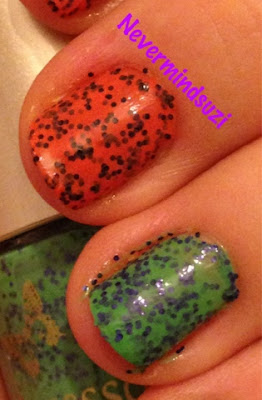 Here is a close up as you can see they are like a crelly (creme/jelly) with navy/black matte glitter through them.