So for the Barry M fans out there you'll know that they announced that for Christmas they are bringing out 2 Limited Edition foils.  A pink one exclusive to Boots and a blue one exclusive to Superdrug.  They are also releasing a glitter which is a clear base with pink and blue hex's. 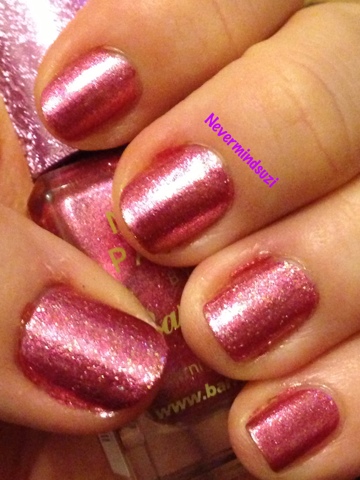 Now these aren't supposed to be available until the 28th November at the earliest according to their facebook page BUT I found the pink one last weekend without realising what it even was and I'm glad now that I picked it up as I can share it with you lovelies. 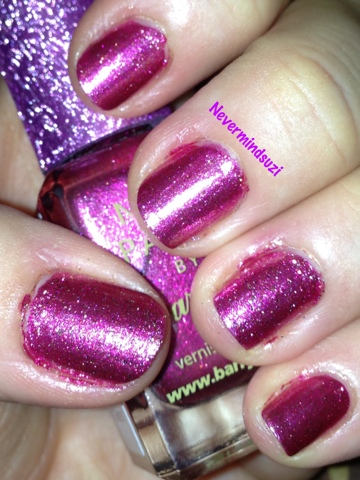 As with all Barry M's the brush is quite narrow (though I have no problems with this), I thought it might be a 1 coater, but no that was a wee bit patchy, the second coat rounded everything off nicely.
There's a really nice silver shimmer through this that makes it look really sparkly in the halogen lights (it's winter in Northern Ireland and I'm working so not a lot of sunlight). 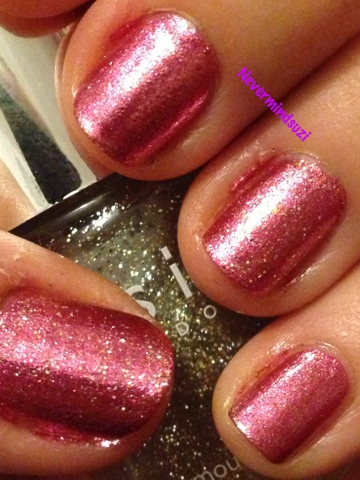 As far as I know to get a hold of these polishes once released all you have to do is spend £6.00 on Barry M products and it will be yours for free, which no (kind of) explains to me why it showed as £0.00 on my Boots receipt as I had spent £14.00 on Models Own polishes, what a lucky break, huh! 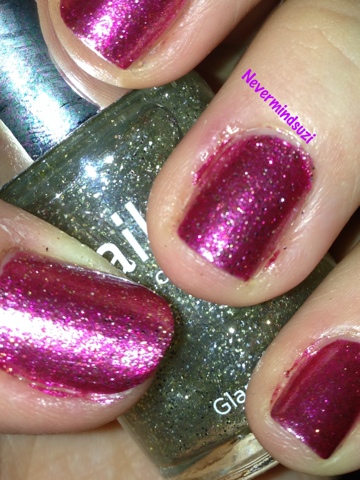 I also added a coat of the recent freebie from the Glamour magazine on my ring and thumb, Nails Inc Glamour Glitter, though I don't think it stands out very well against this colour.

Hoping to get my hands on the blue foil and glitter soon, so watch this space...