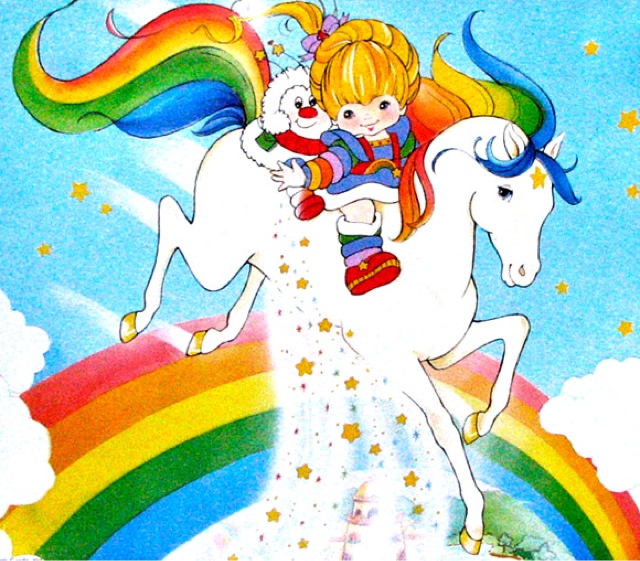 Squeee.... Rainbow Brite!!! What find memories I have! I had curtains, light shade, wallpaper and merchandise as a kid, infact I can't help by wish my room was still decorated the same. In my more "mature" years I've progressed to owning a selection of t-shirts, badges and even a fancy dress costume!! 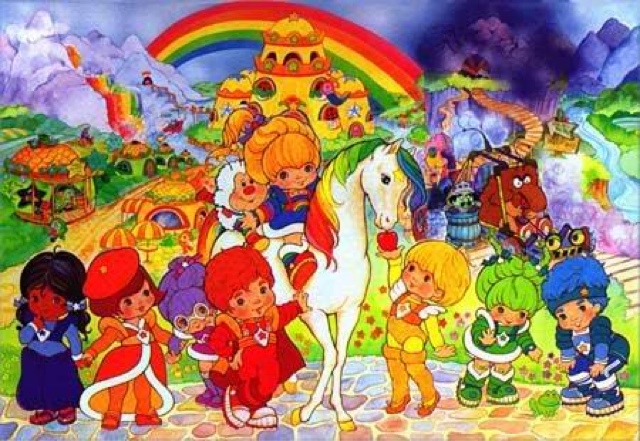 For those of you unfamiliar here's the back story:
In a faraway place, right at the end of the rainbow, there is a magical kingdom where all the colors of the earth are created. The kingdom is called Rainbow Land, and living in this wonderful place is a lovable, creative little girl named Rainbow Brite. She uses the colors of the rainbow to make our world brighter and our hearts lighter.


Rainbow Brite's best friend is a magical flying horse named Starlite. He serves as Rainbow's protector and guardian, and as her swiftest means of transportation.
Rainbow's partners are the Color Kids - seven little people with personalities as varied as the colors of the rainbow. They are responsible for their assigned colors, and for organizing and leading the groups of sprites that match their hues.
The sprites are colorful, happy little workers who mine and manfacture "star sprinkles", the magic crystals which form the colors. The favorite sprite of Rainbow Brite is Twink, a white and furry little bundle of energy who was once a sprite of a different color!
The villians of Rainbow Land are Murky Dismal and Lurky - two nasty creatures who live in a place called The Pits. They hate everything colorful and are always plotting ways to capture Rainbow Brite. They want to use color for trickery and evil doings so that the world will be just as murky and dismal as they are.
Join Rainbow Brite and her forces of color as they challenge the forces of gloom, in a struggle to keep the world bright and colorful, and to keep our hearts hopeful and happy.
From "The Rainbow Brite Story" Pamphlet
Obsessed, right?  Anyway onto the mani... 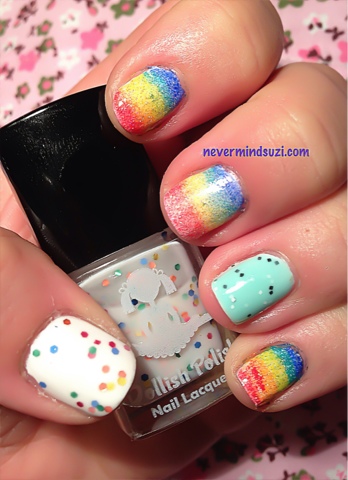 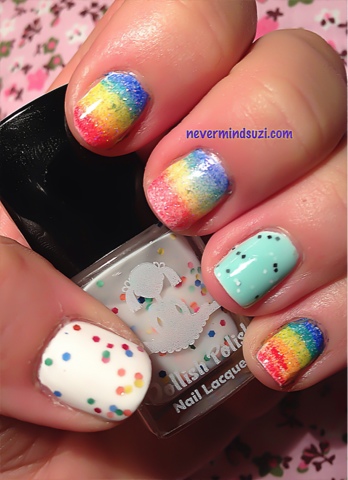 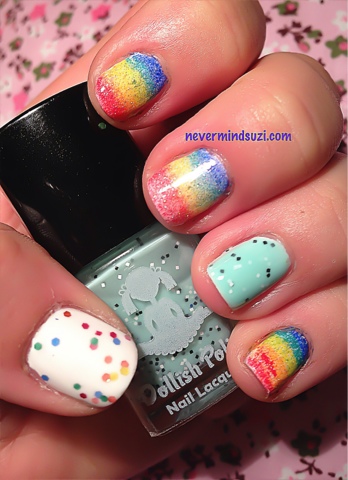 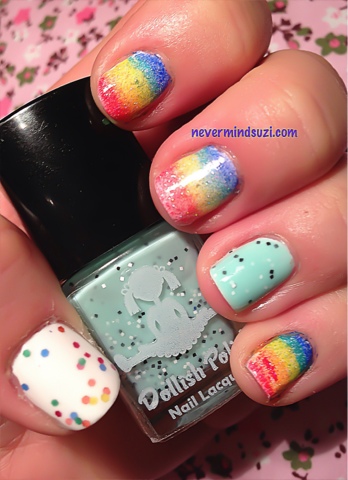