Here we have not only some fabulous polish but polish that is supporting a very good cause. 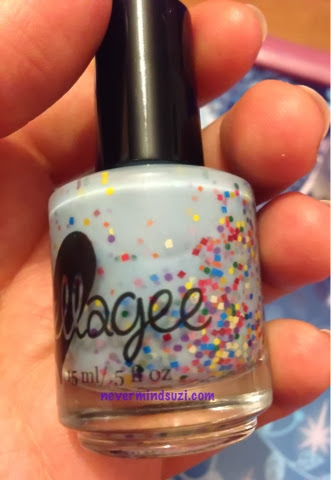 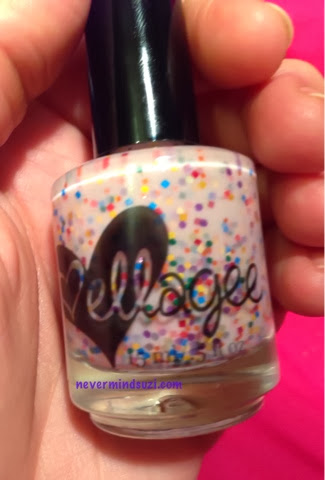 Ellagee - Bronies Forever along with Pegasisters Forever was created by Ellagee in support of the Michael Morones Recovery Fund.

"Michael Morones, an 11 year old boy in North Carolina, recently attempted to take his own life due to bullying received on account of being a fan of the show 'My Little Pony'. Fortunately, the attempt was caught and halted in time to save his life, but he sustained severe brain damage. The family has reached out and is asking if the community from the show he loves can help out with the medical expenses." 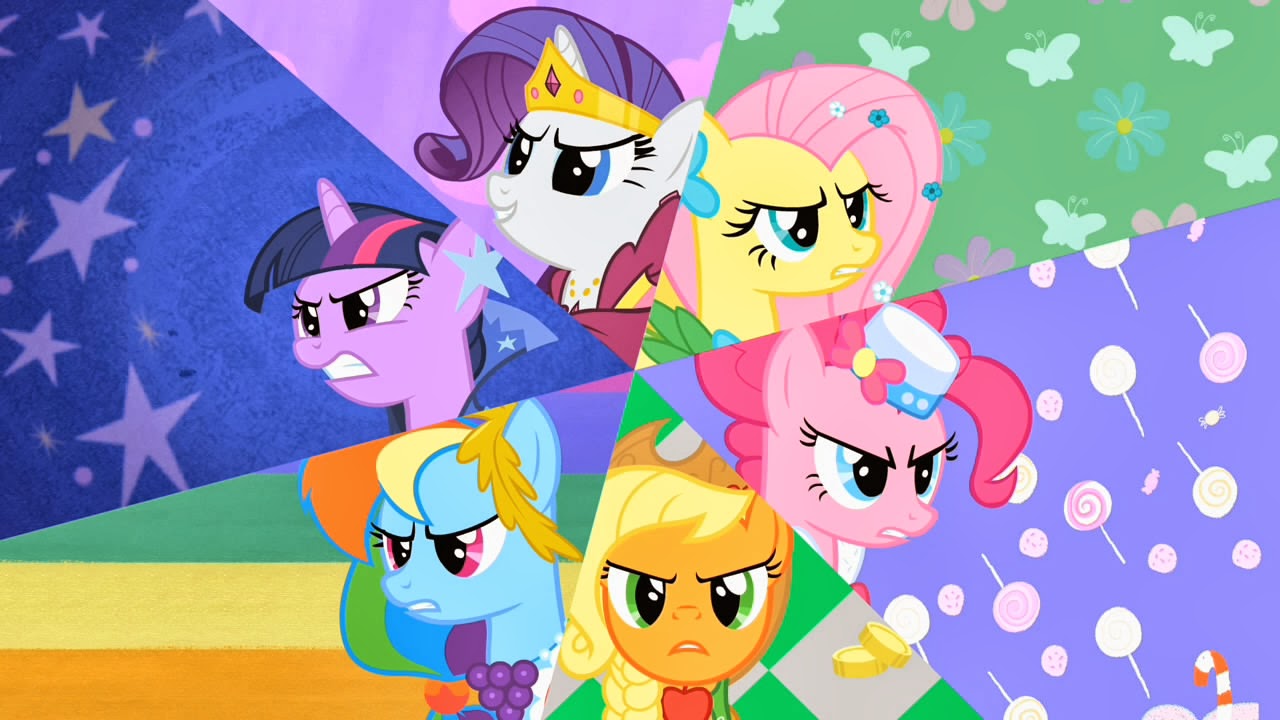 To start you all know that I'm a huge pony fan!  I'm a 29 year old woman and I love My Little Pony.  I've also been bullied as a child but I was fortunate to have the strength to stand up to those bullies.  I hate bullying and I pity those that are so insecure with their own lives they feel the need to take it out on others.  So if you feel so inclined, please click the above link and donate or buy these fab polishes from Ellagee, heck there are even dudes in America getting MLP tattoos! 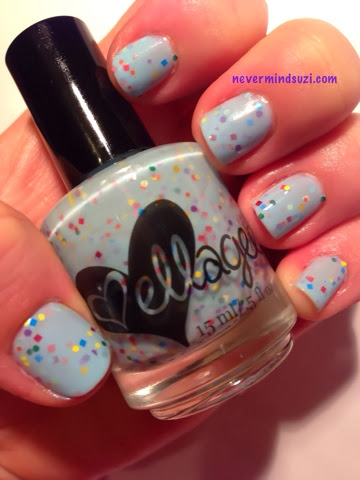 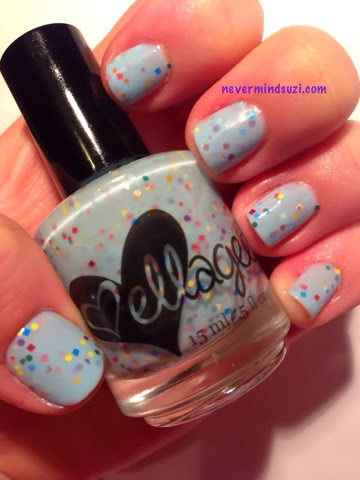 This is Bronies Forever but I'll be honest and as soon as I saw it I thought Rainbow Dash. (I have Rainbow Dash's cutie mark tattooed on my leg). 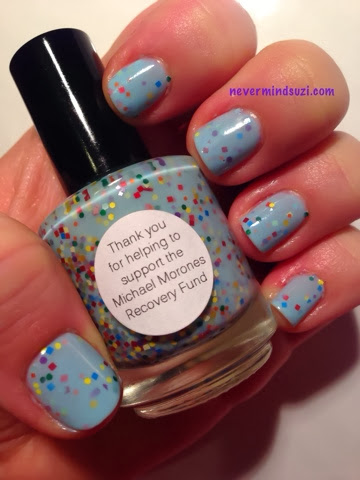 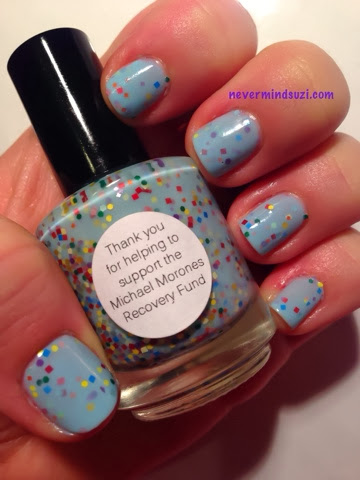 A baby blue milky base with multi-coloured glitters, it's just a stunner.  3 coats for perfection. 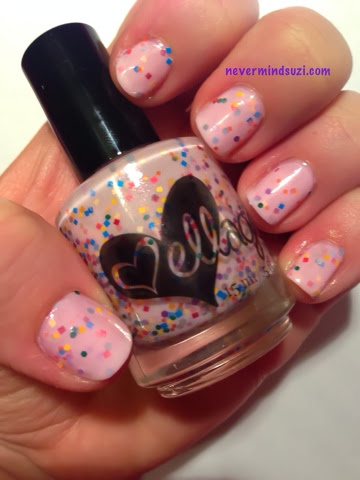 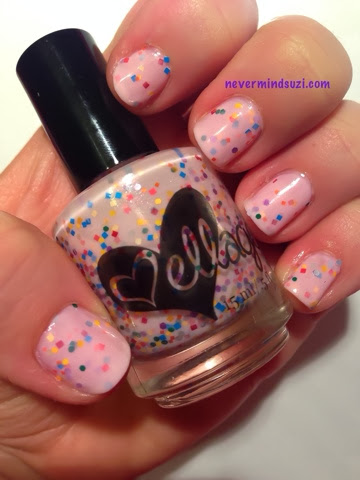 Here we have Pegasisters forever, a milky pink, not unlike that of Pinkie Pie with multi-coloured glitters.  3 coats again though you could get away with 2. 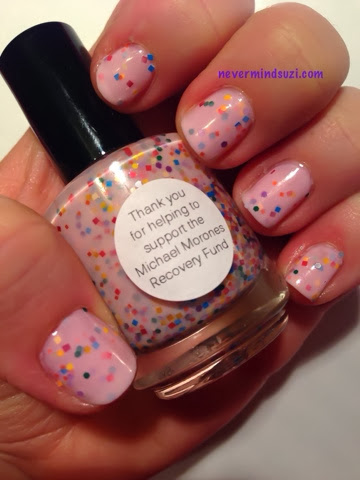 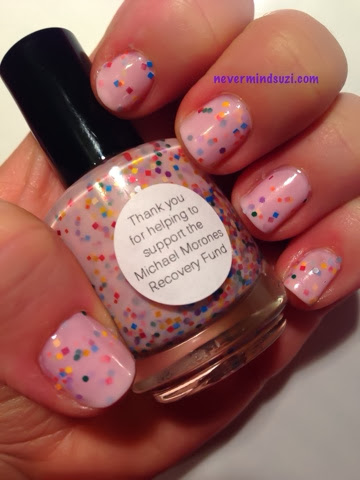 I just want to say suicide is never the answer, there's always someone you can turn to. Love n hugs xoxox